Ever Wonder Why Tourists Are Thronging To Nepal Again?

The inspiring story of Nepal’s come back to the tourist circuit!

For most avid travelers the landlocked country of Nepal brings back images of the devastation that happened 25th April 2015. A day when Nepal woke up to face its worst nightmare. A massive earthquake wreaked havoc and destroyed the very infrastructure that Nepal depends upon for its tourism industry. An event, that scarred every one’s memory for years to come…
Four years since the tragedy, Nepal has not been sitting idle when it comes to recovering, especially its tourism sector. Anyone visiting Nepal during their Nepal Tour, expecting a devastating sight after the 2015 earthquake will be up for a surprise! As per the Nepal Tourism Board, Nepal witnessed an astounding growth of 73.5% in International Arrivals in 2018. And it continues to grow …

The Miracle of Pashupatinath


It is rightly stated that if God brings you to it, He will bring you through it…. Established during the 5th century, Pashupatinath Temple, the oldest Hindu temple in Nepal, remains intact after the perilous earthquake. The temple stood strong while most of the newer buildings around the Temple Complex crumbled. The temple is a UNESCO World Heritage site since 1979 and is a big draw for tourists!
Pashupatinath in Nepal draws a great comparison with Kedarnath of Uttarakhand, another abode of the almighty Hindu Lord Shiva. In 2013 a massive flash flood failed to lay hands on this holy temple, making people believe in the power of the almighty all over again. Both the shrines have survived the test of nature and fragile human beliefs time after time. 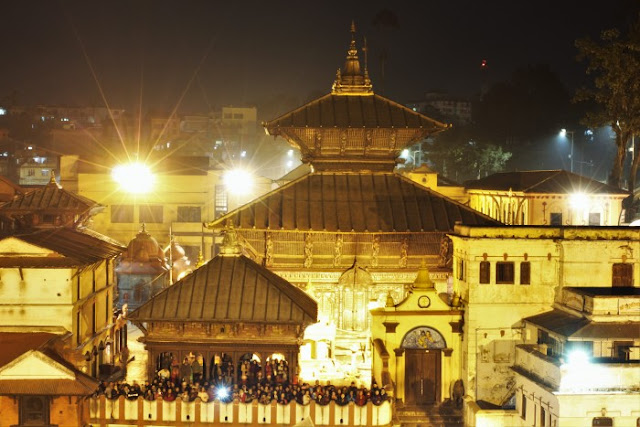 Read more »
Posted by Denzong Leisure at 11:58 PM No comments: 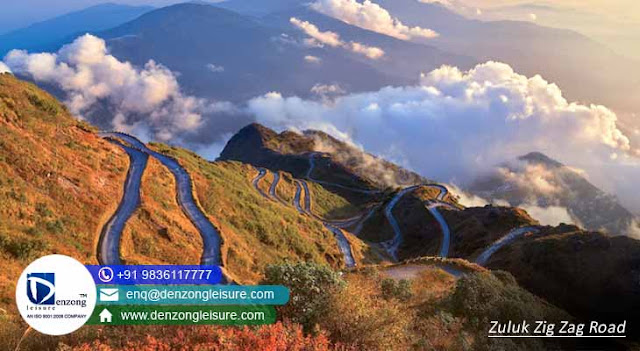 Read more »
Posted by Denzong Leisure at 1:32 AM No comments: 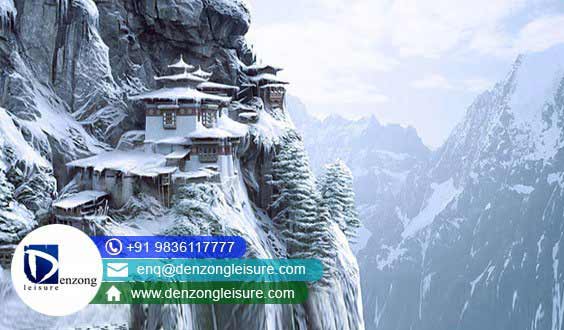 Read more »
Posted by Denzong Leisure at 12:27 AM No comments:

Nepal - A Casket of History & Culture

Culture is art elevated to a set of beliefs. With arms of rich culture and heritage, Nepal embraces the Terai Plains of The Himalayas gracefully! If you are one who is notably intrigued by various cultures around the globe, then Nepal Package Tour should be your next halt!

Nepal is a fusion of great art, architecture and also the birthplace of one of the oldest cultures in the world. Customs and traditions differ from one part of Nepal to another. Nepal is officially a secular country and is a melting pot of multiple faiths like Hinduism, Islam, Christianity, Buddhism, Jainism, and even Animism. All these diverse faiths of Nepal have survived the test of time in harmony, throughout centuries. This landlocked country has been the birthplace of Buddhism since Gautama Buddha attained enlightenment in Lumbini. It is rightly said, that where religion thrives, it gives birth to sublime architecture. Nepal has been a canvas for numerous sects and doctrines since ages. 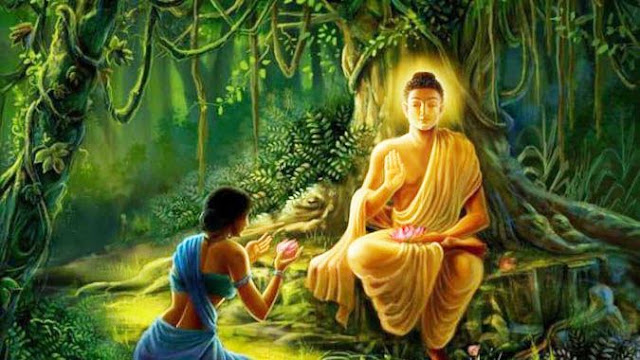 Read more »
Posted by Denzong Leisure at 11:57 PM No comments:

An insight to the “Dil walon ka Shaher - Delhi”

As the famous Hindi quote says about Delhi “yeh sheher nahi, mahefil hai” meaning that Delhi is not just a city but a forum. A forum of art, culture, colours, food, and life.

The ceaselessly charming capital of the country, Delhi, acts as a mirage, enticing people worldwide.  The first half of your Golden Triangle Tour this city has a charming aura to itself. Apart from fascinating monuments and heritage sites, Delhi has a life that breathes modernity and houses daily life in a rather inviting way.

Delhi is a shopper’s paradise. This city has a variety of options to cater to the shopaholic nipper in you. From high-end shopping malls to local nooks and corners having street shops, this city has a destination in store for all of you. Shopping in Delhi is amusing with its wide gamut of emporiums offering both pocket-friendly street shopping and swanky and chic brands. 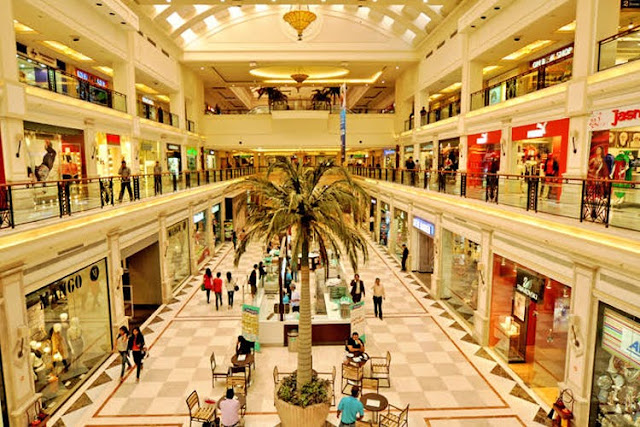 Read more »
Posted by Denzong Leisure at 11:51 PM No comments:

ANDAMAN- AN OASIS OF CAPTIVATING SHORES ...

Beaches are God’s poetry. It wouldn’t be wrong to say that Andaman and Nicobar islands are one of the best-kept secrets of India. You can enjoy pristine beaches, clear sky, and crystal waters with Andaman Package Tour. Andaman & Nicobar is God’s way of giving us a hint of repose. Perched in the midst of the Bay of Bengal, Andaman & Nicobar is an archipelago of approximately 570 islands. Intriguing is to know that out of 570 islands, only 38 are inhabited. The aura of these islands lies in the fact that they are yet fairly unexplored and are an adventure in themselves.

Port Blair is the capital and also the entry point for all the other islands. One of Port Blair’s popular attractions is the Cellular Jail which is locally known as “Kala Pani” ... Read More

Read more »
Posted by Denzong Leisure at 2:14 AM No comments:

RICE THAT MAKES YOU FIT NOT FAT

It is rightly said that there is no sincere love than the love of food! The Land of Dragon takes you on a quest that keeps you craving for its delicacies more and more. Opt for a Bhutan Package Tour in order to get indulged in the lip-smacking Bhutanese cuisines.

One of the authentic delicacies that would be worth trying is the Bhutanese Red Rice. Red rice is profoundly linked to the people of Bhutan as it is ancient, and has been grown for centuries.  Identically to its sister nation India, Bhutan also serves rice as the staple ... Read More
Read more »
Posted by Denzong Leisure at 3:55 AM No comments:

AN INSIDER’S GUIDE TO THE GOLDEN TRIANGLE PACKAGE TOUR

HOW TO GET THE BEST OUT OF A GOLDEN TRIANGLE TOUR

“To other countries, I may go as a tourist, but to India, I come as a pilgrim”


A nation’s culture resides in the hearts and in the soul of its people... India is a nation that is full of vibrancy and diversity. They say you come to India and leave your soul here.

If you are one to revere in the aura of culture and heritage, pack your bags and head for GoldenTriangle Tour. A trip to steal your heart away... A journey to reminisce lifelong and beyond. Destinations so captivating that they linger in your mind way after the trip.

Golden Triangle in India includes primarily Delhi, Agra and Jaipur. A belt, which teems with history so rich, that it is surely going to blow your mind away.

Arrive in Delhi International Airport which has multiple connections to most major international destinations. The capital city has its own charm when it comes to alluring tourists and travelers from distant lands. Delhi is bejeweled with two renowned World Heritage Sites of UNESCO – Qutub Minar and Humayun’s Tomb. Old Delhi is a unique blend of crowded streets and tranquil historical monuments. The capital of country Delhi has a unique blend of modernity and history.

Read more »
Posted by Denzong Leisure at 11:54 PM No comments:

Why Denzong Leisure is the best for Bhutan Package Tour

There are lots of travel agent who provide Bhutan Package Tour from Kolkata, Delhi, Mumbai, Ahmedabad, Bangalore and other cities of India. But why Denzong Leisure is the best for booking Bhutan Package Tour, is the following reasons :

Read more »
Posted by Denzong Leisure at 4:52 AM No comments:

Read more »
Posted by Denzong Leisure at 2:04 AM No comments: 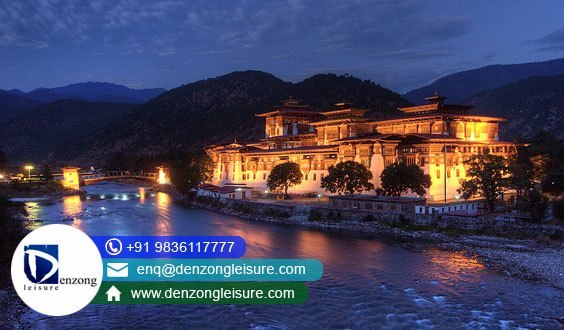 Read more »
Posted by Denzong Leisure at 11:33 PM No comments:

Read more »
Posted by Denzong Leisure at 11:23 PM No comments: